Bran Sólo participates in the exhibition “Cabra de Lado: A showcase of art inspired by unicorns”.

In the Bronze Age, long before Darwin set foot in the Galapagos, an animal supposedly inhabited the Indus Valley of ancient Mesopotamia was found by mistake. An animal so magical that it became part of both pagan and Christian myths. That little goat-horse, with only one purifying horn, that comes into the lap of the medieval virgins could only have been a goat seen from the side. Villa Puchero Factory invites you to:”Cabra de Lado. A showcase of art inspired by unicorns.”

The exhibition “Cabra de Lado” will take place in VillaPuchero Factory, Malaga, with a later celebration in Kipfer&Lover, in front of Teatro Cervantes.

An original idea by Pedro Okña 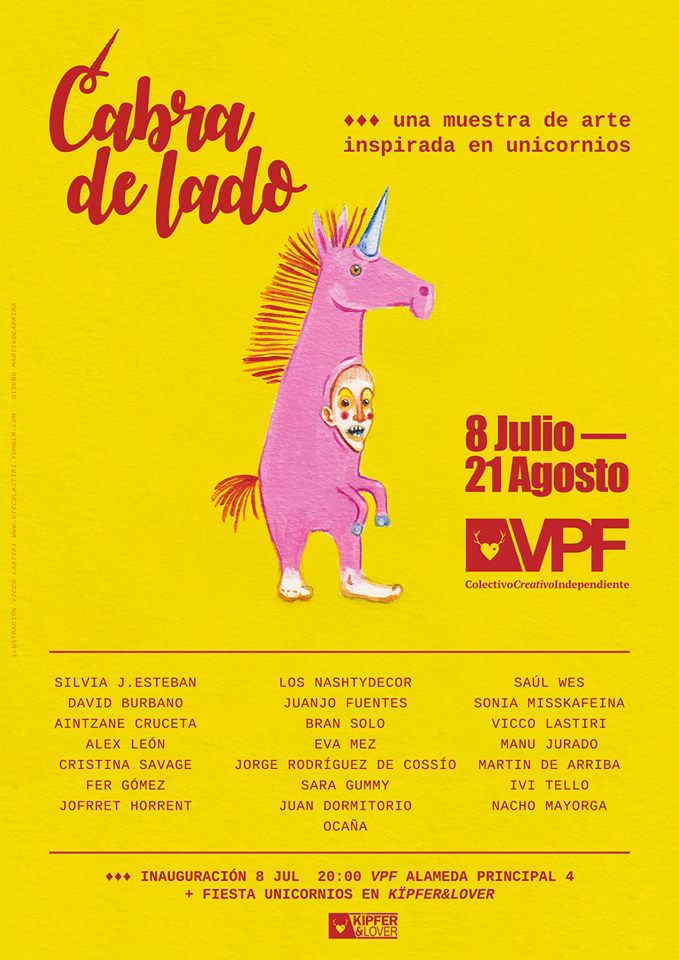