We don't all see the world the same way. Red is not red if no one sees it, the light does not shine the same and the shapes are not defined in the same way for everyone. A small macular lesion can change the perspective of one's own existence. That's what makes us unique. 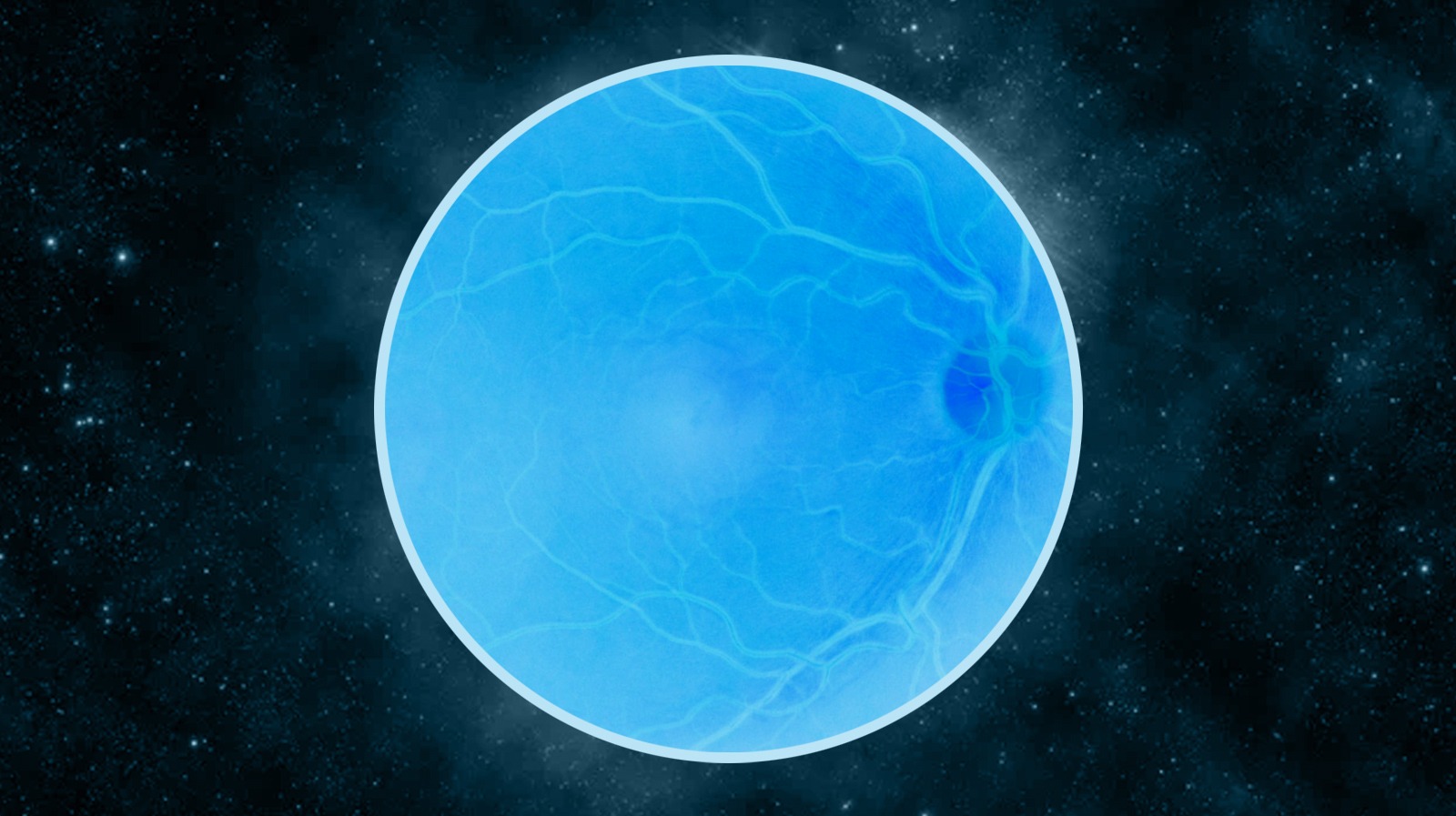 I live in a blurry, interpreted, false, kaleidoscopic world, where nothing is in place.

Forms multiply, deceive, disappear. I live in a ghost world, or maybe the ghost is me.

I forget the faces, the names, the dates, and there are only numbers, colors, spaces that mix and some smell that I haven’t found in years.

Imagine if you lived in this world of mine. Drugs and alcohol can’t alter anything. It’s all a weird dream already. Sadness is a color and people around you are shadows that, more than a meter away from you, become hopelessly anonymous and hostile.

There’d be no point in doing anything you do. Maybe you’d change your name. I don’t know, you’d try to fix some invented memory in old papers and, in the end, you’d be left alone.

Or maybe someone will hold your hand. Who knows; everything can happen in dreams.

ARE YOU SURE YOU SEE WHAT I SEE?

Without any suspicion prior to this question, it is difficult for anyone to ask whether their perception returns the same information as that of others.

It’s obvious that we all feel different, because we all have different feelings about everything. Each of us has a unique personal experience, and we base our preferences, reactions and decisions on memories, rules that we have found to work for us. But that doesn’t mean that those rules work for others as well. We take it for granted, until something happens.

I’m not going to say that what I will talk about next is the only reason why I had a peculiar, perhaps a little dark childhood. But I do recognize that my way of seeing and understanding my surroundings reinforced that sensation of not feeling like a stranger, but feeling that everyone else was a stranger and that the world was a hostile and terrible place, that I was constantly afraid of.

At a certain point, I was eleven years old, I discovered a literary world full of esoteric codes. Methods to try to control or understand what surrounds us. And the reading of this field led me to connect ideas and fill with answers those gaps that no one seemed to be able to fill.

I saw the aura. Not only did I see the aura of people with different shapes and colors, but I even saw the aura of objects, animals, places… I specialized in reading it, in deciphering its meaning, and that led me to be even more observant and to end up perfecting this technique to the point of never failing to analyze personalities, moods, past events and even to guess the future.

One thing led me to another and, I will not say without knowing how, I ended up bringing together an active community of over thirteen thousand people online, on a portal called “Land of Ravens”, to discuss these issues and to get started in the world of the occult from a “Wiccan” perspective.

However, for me this was all psychology, neurolinguistic programming (NLP), suggestion… whatever you want to call it. For the rest of the members it was about magic and hidden forces, gods and men who think they are gods. When I made my opinion known, as on many other occasions, I was expelled from my own world.

Over time, all of this was left behind, forgotten, and I simply lost interest in trying to control and decipher existence, especially from such a gaseous perspective. I focused on science and technology, which made it much better. At the age of 21 I was already working as a programmer and systems analyst, and it was so while I wanted and until 2012, when I decided to return to the beginning, to be faithful to myself and to bet on studying art, and to be an artist.

And it was thanks to this that everything came to its senses, in more ways than I expected.

During my classes at the Murcia School of Art, I discovered that I was not able to perceive my surroundings in the same way as my classmates. To give an example: we were urged to carry out an exercise of multi-stable perception, or of optical effect (Gestalt theories) looking at a point projected on a whiteboard. While all my classmates were doing the exercise, I was asking them “what point?”. Or more evident: during the exercise of visualizing a young woman or an old woman in the same drawing, what I saw was a cave from the inside, and the blue sky in the background.

So I researched and went through several clinics of different pathologies, until a well-trained ophthalmologist in the city found the cause that had affected my perception since I was born and influenced my personality so much.

Indeed, the reason why I was able to see the aura of things and people from an early age, and why the world was so ghostly for me, where sometimes shapes, planes, lights appearing and disappearing… was none other than a macular injury, a pattern of scars in the central area of the retina.

It is not known if it is due to some accident suffered in childhood, trauma or sunburn (I was already a very astronomical child, and always watched the sunrise with my father’s sunglasses) or if it is due to a question of birth or if it is a degenerative condition that, over time, could lead to something more problematic. But the fact is that it is there, deflecting all the light that reaches my retina, and forcing my brain to interpret, rather than see, everything that is put in front of it in the most familiar way possible. Actually, we all work that way, nobody “sees”. We all interpret on the basis of our experience.

In my case, this injury is why sometimes a shadow on the ground becomes a gap, and I stumble, or why I don’t distinguish one face from the other until I am able to analyze its volume with another sense, like touch. That’s why everything has a light around it (which by the way, I used to use as an excuse to guess a pattern after a brief observation not of the light, but of the person), and that’s why the moon is eight or nine moons, clear, but duplicated, and why the rainbow surrounds any light at night and, perhaps what bothers me most, this is why I always feel that I am alone unless someone touches me.

I can do almost everything you do, although it’s true that I haven’t had the patience to read a book for a long time, but I’m lucky that this hasn’t stopped me from doing anything so far. Not even painting.

Maybe that’s why my drawings are like that. The human face may seem more familiar when I deform it and bring it closer to something similar to what I see. Maybe now you can explain a lot to me, or maybe I’m wrong.

Since I know, I don’t expect you to see what I see, and I hope more calmly that what you feel doesn’t resemble what I feel.

Even so, if I keep on painting, it is to be able to connect with other people, to put a common point in which, even if not completely, we can see and feel the same thing, at least until the lights go out.