“Frente a Frente” (Face to Face) is the exhibition of the latest works by Daniel El Dibujo and Bran Sólo.

It does not consist of a collective exhibition, like they usually organize with their Collective Paloma Negra. Nor is it a group intervention, where everyone contributes an idea. It’s not even an exhibition of two artists. This is much more than that.

When we started in the world of illustration we were mistaken for each other in graphic style, some even thought we were the same person. We both knew each other drawing in a similar way, and that connected us even more.

We have worked hard in the last four years, and we have changed a lot since we started. However, our dreams remain the same, and our characters remain trapped in the same universe as then, sometimes the same even for both of us.
That being so, we wanted to make an exhibition, as a test of state, of photography in our journey, to record the point at which we find ourselves and, moreover, we wanted to do so by working together, showing that imaginary world that connects us and doing so from both sides of the same canvas.

We have both composed the same works, in two versions, to give our more personal point of view. We do not feel that it is an intervention between two people, since each pair of works has the same soul. Rather, it is an individual exhibition, made up of two people.

Maybe those who thought we were the same artist were right.”

The works of Daniel El Dibujo accompany those of Bran Sólo, almost inseparably, in a symbolic conversation about art, fear, love, death, desire or loneliness. They do so in a binary format, where the works of an artist are connected with those of his or her partner, each with its own universe, but colliding at the same point.

The Café Miau space, in Madrid, will host this project from Thursday 14 June to 31 July and has the collaboration and organization of “180 hilos” art editions. 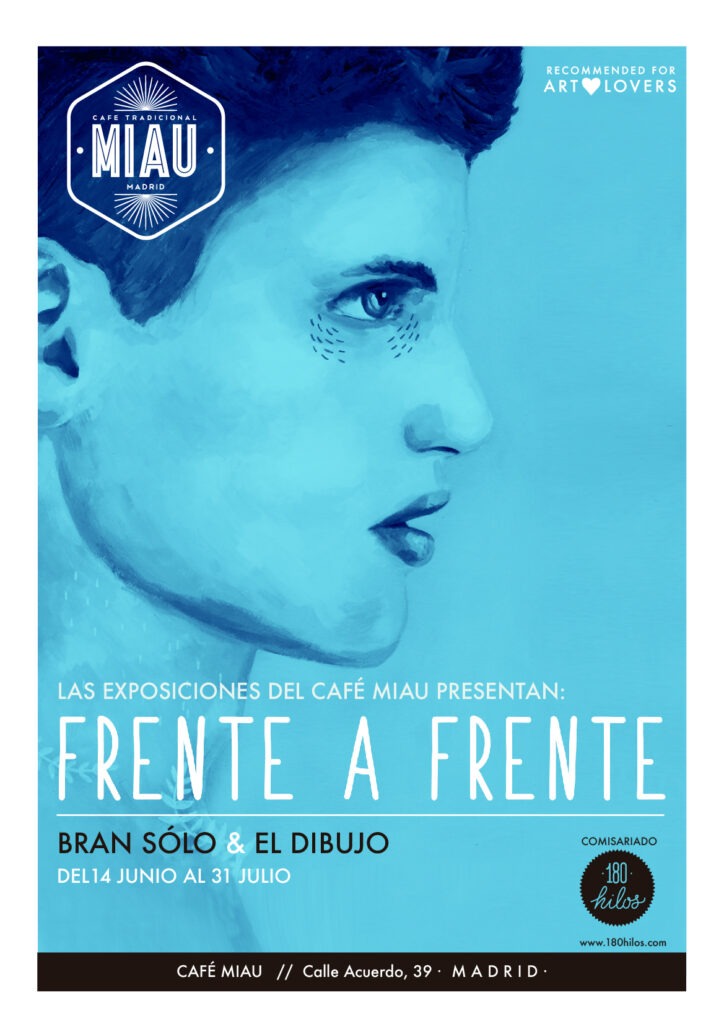 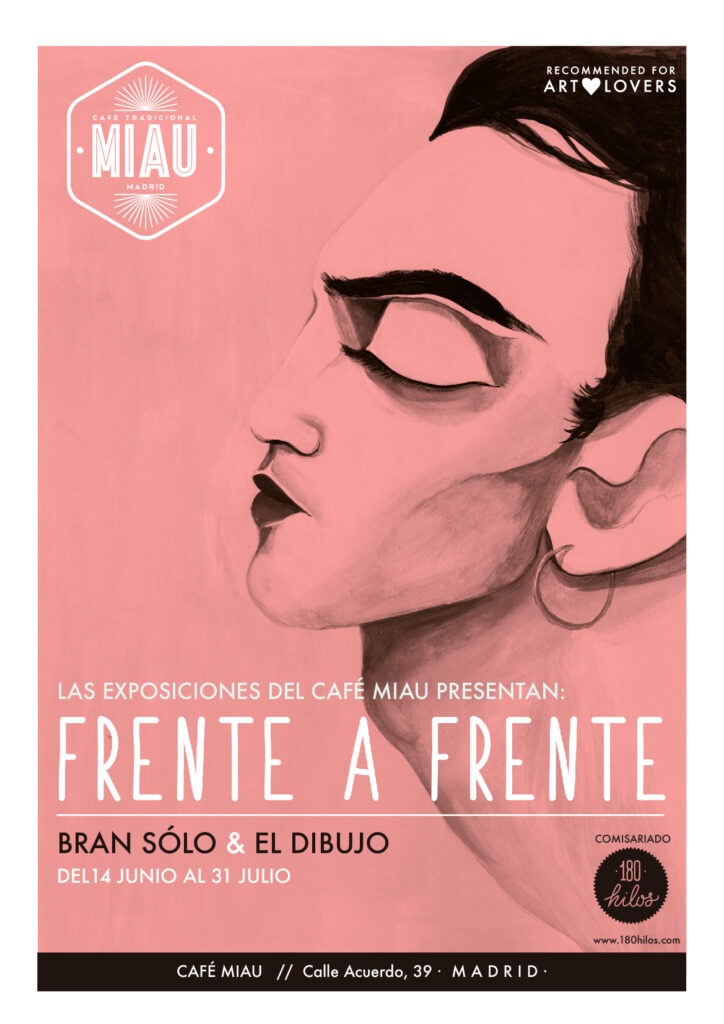